Why Does Graphite Float on Magnets?

Nearby magnets will feel a slight force when pyrolytic graphite is present. This force is what causes the graphite to float. However, magnets cannot float a large piece of graphite independently in the air due to this property on its own. The force they create is not sufficient to cause heavy objects to float by themselves. With even powerful neodymium magnets, the force from the graphite is just a tiny fraction of the magnet's mass. But if a small piece of thinly layered pyrolytic graphite is placed on a bed of magnets, it will float. 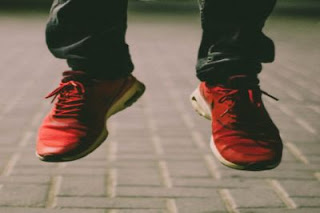 Magnetic Levitation of a Graphite Disc Using a Laser

Our airplanes have used aerodynamic efficiency for more than a century to overcome gravity and fly. Magnetism, which has fascinated mankind for eons, allows us to now float in the air. By using magnetic fields, magnetic levitation or maglev eliminates the gravitational force that pulls objects towards the center of the Earth. Newton's laws of motion dictate that if two forces are balanced, an object will be held stably in the air. For years, magnetic levitation has been used in commercial applications, though mainly in high-speed trains. However, the technology that allows us to travel at more than 500 km / h while sitting comfortably inside a train has been around for much longer than you might think.

Early patents for the use of electromagnetism in train propulsion date to the early 1900s, although research and development continued throughout the first half of the century. In 1979, the first magnetic levitation train for passenger transport debuted at the Hamburg International Transport Exhibition. Since then, magnetic levitation has continued on its way and has allowed us to do fabulous things, perhaps the most striking being the levitation of living beings as Andre Geim did to win the Ig Nobel prize in 2000, 10 years before sharing the prize. Nobel Prize in Physics with Konstantin Novoselov for his work with graphene.

Diamagnetism's role in the world

Geim's magnetic levitation of live frogs bears uncover some very interesting information. In it, scientists Masayuki Kobayashi and Jiro Abe describe the laser-controlled magnetic levitation of a small graphite disk. And what is special about graphite? Well, it is simply a diamagnetic material, like Geim's frogs, and many other materials present in nature.

Diamagnetism is a magnetic state of matter that causes the rejection of magnetic fields. That is, when graphite feels the presence of a magnetic field, its atoms are arranged in such a way that they try to counteract this field. Usually, this response is negligibly small, but if the magnetic field is strong enough the response becomes visible and magnetic levitation occurs. If we compare this behavior with, for example, iron that belongs to the group of materials called ferromagnetic we find clear differences. In the presence of a magnetic field, these materials try to align all their atoms with the field, giving rise to a clearly visible response: magnetization.

In physics, we always have a property that describes behavior to us, and in this case, it is the magnetic susceptibility that tells us how the material is going to react in the presence of a magnetic field. According to their value, we can classify the materials into three large groups:

Is light capable of causing movement?

The graphite disk can move on a bed of NbFeB magnets or rotate on itself with no help other than a laser or sunlight. How is it possible that light could be the cause of this movement? The answer, in this case, lies in a property known as the photothermal effect.

It is common knowledge that if we leave something in the sun for long periods of time, it will heat up. The same thing happens with the light of a laser: when it hits a body it will cause its temperature to change. The laser beam, being smaller than the diameter of the disk, will cause the temperature to change only in the area where it is directly indexed, which will cause a variation in the temperature distribution. That is to say: the disk will no longer be at a constant and homogeneous temperature, but there will be areas at a higher temperature. This causes the magnetic susceptibility discussed above to vary as well. 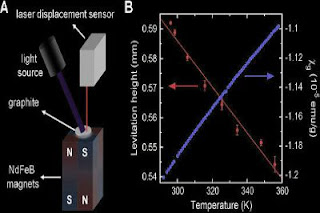 In the upper graph, we have clearly represented this behavior. The higher the temperature, the greater the susceptibility; which gives less repulsion and therefore lower levitation height. This phenomenon is responsible for the edge where the disk hits the beam to tilt slightly. Once the disc is tilted, movement occurs naturally as this imbalance causes instability in the disc: the magnetic force is greater at one edge than the other. Said in a very visual and simple way: the disk tries to ensure that the beam always falls on its center, instead of on an edge, because this is the way to reach the magnetic balance again, and therefore it moves "following" to the laser.

The explanation is analogous to the rotating system. The only difference is that having only one stack of magnets in the vertical, the magnetic field is restricted to the axis and the disk cannot move, only rotate.

It is often difficult to imagine the practical applications of a scientific study. According to the data in the article, the maximum speed estimated in the experiment for the displacement of the graphite disk is about 45 mm / s, while in the rotation in sunlight, 200 revolutions per minute were reached. These numbers are far from values ​​that can be useful for the manufacture or construction of any equipment or machine that can have an impact on society. However, what is clear is that the first real-time control system of a magnetic levitation device has been developed. This can open the doors to actuators that control, thanks to the photothermal effect, in real-time and in the three dimensions of space, the levitation of a diamagnetic material to carry out some task, or even as a means of transport.

Furthermore, the value of 200 revolutions per minute under sunlight is very promising. Improving these numbers and increasing the number of graphite discs may be a good option to generate energy tomorrow as they convert simply and cleanly. Light energy is rotational. The researchers are optimistic in this regard, and it is possible that its use as an energy conversion system is not far off in time. Hopefully, it will be like that.

How about you? Do you think there are any other possibilities? 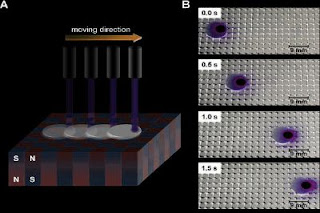 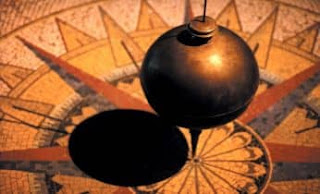